Dive shipwrecks off the coast of Bell Island

Throughout the Spring, Summer and Fall, Ocean Quest will be offering boat dive opportunities to the four WWII shipwrecks and the reefs that abound the sea stacks and cliffs of the rugged shoreline of Bell Island.

If you are interested in exploring these Bell Island wrecks, please see our “Wreck-Reation” tour.

The PLM-27 is the shallowest of the four World War II Bell Island Shipwrecks. It is easiest to access, provides the longest bottom times, and is suitable for all levels of divers. It is the only Bell Island shipwreck to have an intact propeller and it receives the most light, making for unbelievable photo opportunities.

With airport transfers, ground travel, roofed accommodations, air and weights, and a few great souvenirs, our diving packages are sure to give you everything you’re looking for!

The steam ship PLM 27 – PLM was an acronym for Paris-Lyon-Marseilles – operated under the Free French Forces of General Charles De Gaulle during the Second World War. She was the second ship to be sent to her watery grave on the morning of November 2, 1942. U-518 had just sunk the SS Rose Castle and now had her sights on the PLM 27. Sending a single torpedo towards her, she was hit amidships on her port side and sank in less than a minute, sending twelve crew members to their graves. Survivors were picked up ashore at Lance Cove, Bell Island, located only a few hundred yards away. Residents of the island were shaken from their beds early this Sunday morning and were reminded of the earlier attack on two ore carriers in September. Parents dressed themselves and their children in their ‘Sunday Best’, anxiously awaiting the land invasion of German forces they thought was about to happen, but fortunately was never to occur.

The Wolf, U-518, swiftly set out to open sea after leaving its deadly cargo of torpedoes in the hulls of the ill-fated Rose Castle and PLM 27 but, as was to befall over 85% of the U-Boats in operation, she was to meet her deadly fate at the hands of allied forces on April 22, 1945, Northwest of the Azores. She was lost with all hands.

Being a Free French ship, the PLM 27 carried a multinational crew of not only Frenchmen, but also Vietnamese, Egyptians, and other French colonials. A dilemma occurred when time came to bury the deceased crew members, there being only Catholic and Protestant cemeteries locally and special dispensations were required to intern all crew members. Later on, the French Government repatriated the unfortunate seamen accordingly.

The British steamship SS Saganaga was torpedoed and sunk by the German U-boat U-513 on September 5, 1942 at Bell Island, Conception Bay, Newfoundland. She was lying at anchor awaiting orders to set sail for North Sydney with a load of iron ore. U-513 had slid into the bay undercover of nightfall and lay in wait for the right opportunity to strike. It came the next morning at 11:07am when she fired her first salvo of two torpedoes. In the excitement of their first action, however, the torpedo men had neglected to set the battery switch and the torpedoes sank to the sea bottom. They may well still be there with their deadly cargo of 500 pounds of explosives. Quickly, the U-513 fired two more torpedoes, which easily hit their target. The first hit was about amidships on the portside at 11:07 a.m. and the second ‘fish’ quickly followed, sending the Saganaga beneath the waves in less than thirty seconds. She had a crew of forty-eight men, including three naval gunners. Twenty nine of the crew were later reported missing.

The Saganaga, second shallowest of the Bell Island Wrecks, is an explorer’s dream. Its depth allows for longer bottom times and great visibility. It’s the perfect playground for divers of moderate skill, and will surprise and delight all visitors. With great swim-throughs and a garden of sea anemones, photographers will find a paradise between 60 and 85 feet. But one curious feature will pique your interest: why is the anchor on the deck?

If you are interested in exploring this Bell Island wreck and finding out more about the anchor, please contact us at any time.

As a sideline to this tragic sea tale, one of the crew members who perished aboard the ill-fated vessel was Able Seaman Walter Skelton, from Grimsby, Lincolnshire, UK. His granddaughter, through a search on the internet, was astounded to find out that he had perished in Conception Bay when his family had assumed he was out in the North Atlantic at the time of the sinking. Much to their amazement, they found out their loved one was actually in Newfoundland. An expedition was immediately set up to journey overseas to pay final homage to Able Seaman Walter Skelton. A touching moment was felt by all as Walter’s grandson, Alan Chapman, dived on the deck of the Saganaga on September 6, 2004, to place a memorial wreath. 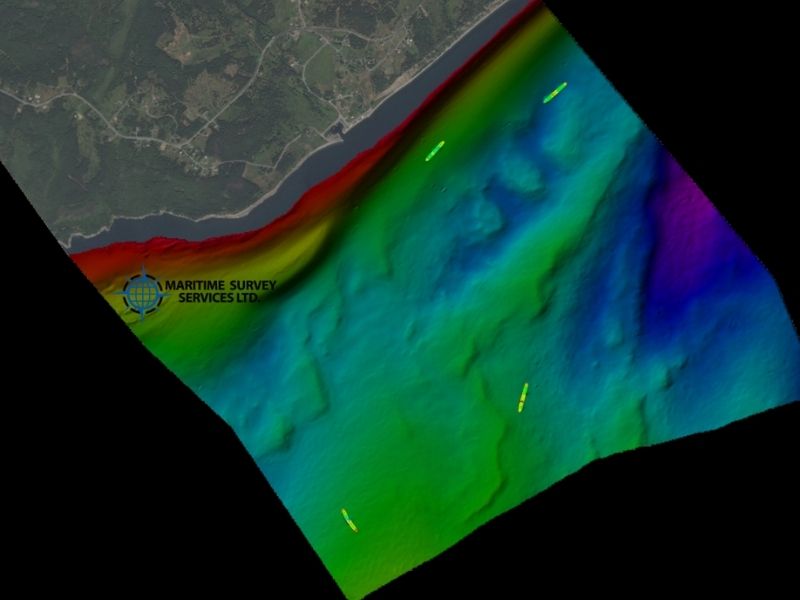 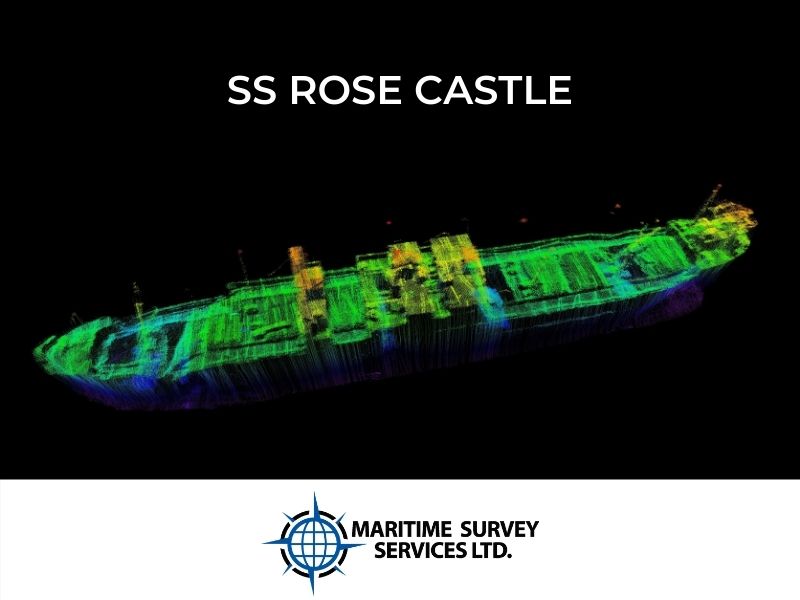 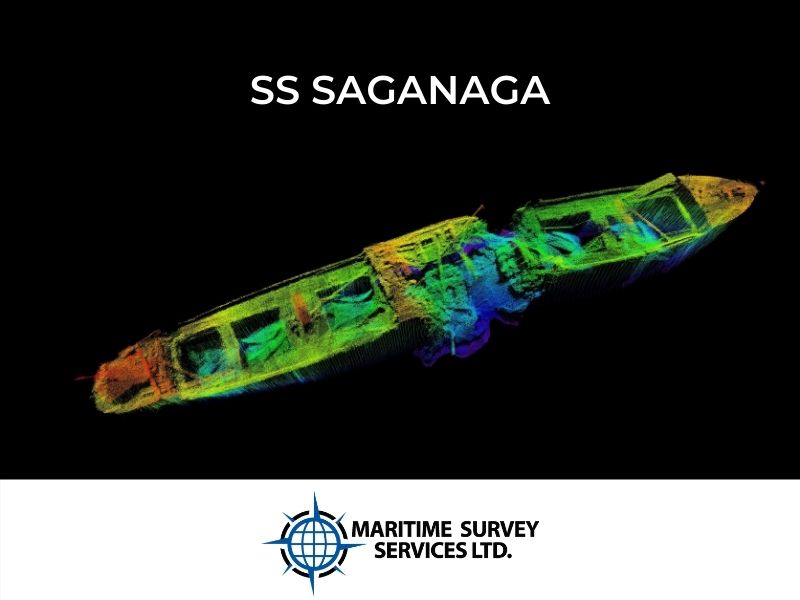 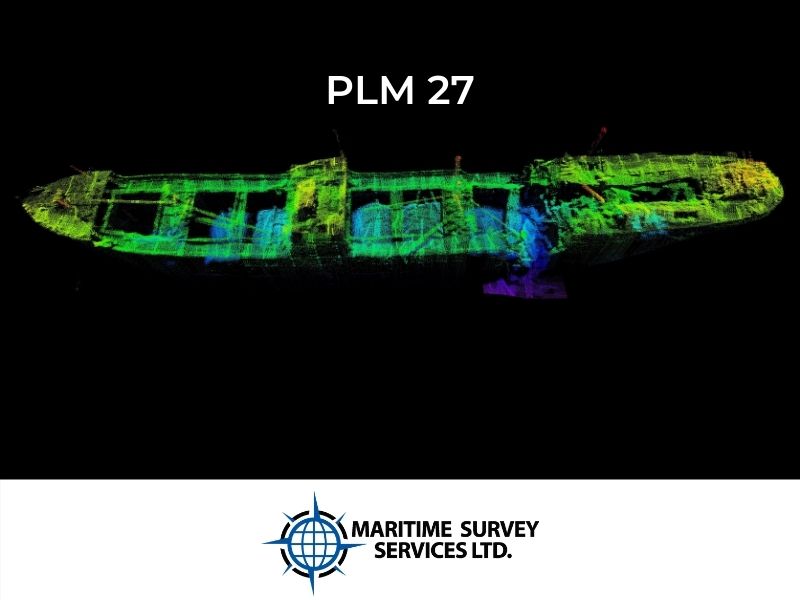 The second deepest of the Bell Island wrecks, the Lord Strathcona allows for better penetration and longer bottom times than her sister ship, the Rose Castle. The ship’s super structures will tower over you, and the cavernous depths of her holds will invite technical divers. Being deeper than the PLM-27 and Saganaga, it is in slightly better condition, thanks to being out of the way of currents and passing icebergs.

On the morning of September 5, 1942 while anchored off Bell Island, Conception Bay, Newfoundland the ore carrier SS Lord Strathcona was torpedoed and sunk. She was the second ship to meet her fate on this day at the hands of U-513, which had sunk the SS Saganaga only minutes before. Fortunately for the crew of the Lord Strathcona, they knew what was coming and took advantage of a few precious minutes to abandon ship, resulting in no loss of life.

STRUCK BY A GERMAN SUB

The German submarine U-513, commanded by Fritz Rolf Ruggeberg, was also spared this day as, in its haste to sink the SS Saganaga and to maneuver for another kill, it struck the stern of the Lord Strathcona, damaging its own conning tower. Quickly recovering from this almost fatal blow, U-513 fired two torpedoes from its stern tubes and brought the Lord Strathcona down. However, U-513 eventually met its fate on July 19, 1943 off Santos, where she was depth charged and sunk by U.S. Naval Aircraft.

Interestingly, it’s well worth noting that prior to the outbreak of the Second World War, Germany was the principal consumer for the iron ore produced at the Bell Island mines. Thus, the German High Command was very familiar with the Bell Island Anchorage and its strategic value in the war effort. It may well have been the same ore which was used to produce the U-boats and torpedoes that were to bring down these ships and cause such havoc on this day.

Less than two months after the tragic loss of the SS Saganaga and the SS Lord Strathcona, the SS Rose Castle met her fate at the hands of the German U-boat, U-518.

U-518, commanded by Friedrich Wissman, was under orders to drop off a German agent at New Carlisle, Quebec and attack allied shipping. On her maiden voyage, it was decided to slip into Conception Bay and attack at first opportunity. Early on the morning of November 2, 1942 as U-518 was approaching the Bell Island anchorages she spotted the ‘Anna T’, a coal boat of 3,000 tons anchored off the Scotia Pier. The first torpedo was let loose towards the Anna T, but as luck would have it, it passed underneath the stern of the Flying Dale, also lying at anchor, and struck the Scotia Pier. This change of events became the first and most likely only enemy strike on a North American shore during the Second World War.

Two more torpedoes were quickly fired towards the Rose Castle, anchored nearby. She went down in less than ninety seconds, taking twenty-eight men to their watery graves.

Of special note in regard to the ill-fated SS Rose Castle is the fact that on a previous occasion she had escaped a similar fate. U-69, the German submarine that sank the ferry ‘Caribou’ (this vessel ran on the Port Aux Basques to North Sydney service), had fired a torpedo at the Rose Castle on October 20, 1942. Fortunately, it had a defective detonator, and the Rose Castle was spared – but only briefly.

GET TO KNOW OCEAN QUEST ADVENTURES!

Find out more from Digital Museums Canada about these shipwrecks, and the importance of the Bell Island mines during the war.